The Garden of Digital Delights

Starting from Hieronymus Bosch’s “Garden of Earthly Delights”, the exhibition THE GARDEN OF DIGITAL DELIGHTS gathers a selection of new-media and video artists who are exploring the new boundaries of the digital world and digitalizing the reality through new technologies. The selected video pieces represent different elements of the real world (nature, landscape, living and human beings), transformed and recreated in the digital realm; a sort of digital cosmogony of the existence. Following the Bosch’s triptych, the works are presented through an installation that reminds the physical structure and appearance of the original triptych, and are divided into 3 groups: one dedicated to the nature (as a new Eden) and the initial impact of the digital world with the “analog” reality, with artworks by Miguel Marino (AR) and Studio Above&Below (UK); a second section is dedicated to the “garden of digital delights” with artworks by Flavian Berar (UK) and Paulo Arraiano (PT); a third group of artworks is dedicated to the new forms of digital hybrids and chimeras created through the hyper-technological revolution, represented by Sandrine Deumier (FR) and Geriko (FR/BE). Opposite to the triptych installations we find the video projection of Cy Tone’s (IT) work: a distorted universe; a sort of digital version of the globe depicted on the exterior panels of Bosch’s masterpiece that represents “The Creation of the World”.

The PhotoPhore is a platform about contemporary art, photography and architecture. The PhotoPhore's mission is to  design, create, manage and communicate art exhibitions, screenings and cultural events. It was founded by Marica  Denora, art project manager, and Domenico Fallacara, architect and independent curator.

In 2019, concurrently with the Venice Art Biennale, the PhotoPhore presented two exhibitions in Venice:  “D/EVOLUTION”, hosted at Scuola Grande della Misericordia, with artworks by Sigalit Landau and Stefano Cagol,  among the others; and “The Parents’ Bedroom Show”, in partnership with the organization Zuecca Projects and the  State Gallery of Lower Austria, focused on a performance by Elisabeth von Samsonow and Juergen Teller. On the  occasion of the exhibition there was the publication of the catalogue “Elisabeth von Samsonow / Juergen Teller, The  Parents’ Bedroom Show (Creating Time)”.

MEMBERS ARTISTS OF THE PHOTOPHORE - THE GARDEN OF DIGITAL DELIGHTS

Above&Below was founded by media artists Daria Jelonek and Perry-James Sugden. Currently  based in Somersethouse London, their collaboratively practice focuses on interactive and  speculative projects, based on hands-on research at the intersection of art, technology and our  environment. The artists aim to wire unseen connections together to create new experiences  which they believe can change human behaviours for better interactions with our environment.  The duo is specialising in the field of sustainable futures in which emerging technologies and code  have the potential to improve our planet’s well being.

The CGI shortfilm Terrain was completely shot on an iPhone – taking this possibility as a starting  point to explore how we perceive reality in our surrounding. The film shows three different spaces  and hybrid objects that were formed within them. As camera tracking and machine vision  capacity evolves, ABOVE&BELOW questions how can we use the terrain between the digital and  physical world for new interactions between human, machines and places around us to create  new ways of communicating.

Sensorial Divinities functions as an apparatus for a new spirituality. During five minutes images  of nature and technology are merging, while a voice recites what unconsciously resembles a pre paradigm change mass - “Transforming society and reality as we know it in the present moment,  we are spectators of a precise moment where fiction... magic are becoming science facts. The  arrival of the internet of things...”.

Are we creating digital immortality or could we become digitally immortal in a Google cloud of  souls?

Flavian Berar is an architectural designer, artist and storyteller based in London. Flavian is a  graduate of the Bartlett School of Architecture and employs film, 3D animation and visualisation  as part of his design methodology, bringing together the realms of the physical and the digital,  whilst mediating between the real and the fictional. He is interested in the shift of the human  condition in the coming era and enjoys speculating about the direction architecture might take.  As an aspiring architect, Flavian is equally eager to materialise and build his visions. flavianberar.com

Engines of Creation is an architectural essay film that responds to the existential threats posed  by climate change, artificial intelligence and nanotechnology, exploring potential new directions  that architecture might take, reacting to and against these potent forces. Located in the heart of  Europe, within the neutral, yet hostile territories of the Swiss Alps, the project begins as an  alternative Future of Humanity Institute, trying to depart from the corporatist approach of the  institute with the same name at the University of Oxford. The building is anchored to Mount Titlis  or The Hill of Angels as William Wordsworth called it in the 18th century in a poem with the same  name, programmatically reconciling the religious and monastic past of the site with the present  condition of the Alps, a landscape host of various research and technological testing grounds. At  this mythical research laboratory, Citizens of Nowhere gather to shape our Post-Anthropocentric  interplanetary future, the building slowly evolving over a long period of time.

Alberto Cittone, aka Cy Tone, is a 36 years-old industrial and graphic designer from Turin, Italy. He studied Graphic Design at the European Institute of Design and defines his work as “evidence,  experiments, results”. After a 6 years old career as industrial designer he became a creative freelance designer. He feeds on 3D modeling, rendering and Photoshop working with various  agencies in Turin, but his main interested is the production of creative and artistic images and  videos.

“All subjects are Copyright-free, everyone can use them as he/she/it prefers, we don’t give a  f**K. Culture is a human heritage not a mass production tool”. So reads his manifesto,  demonstrating a strong attitude to the social and knowledge of the new-media world, focused on  networking and open-source. Image manipulation has seen by the artist as an enrichment and  growth, a new creative purpose.

Sandrine Deumier is a French author, video artist and performer. With her dual philosophical and  artistic training, Sandrine Deumier constructed a multifaceted poetry focused on the issue of  technological change and the performative place of poetry conceived through new technologies.  Using material from the word as image and the image as a word vector, she also works at the  junction of video and sound poetry considering them as sensitive devices to express a form of  unconscious material itself. The process of writing and the mobile material of the image function  as underlying meanings of reflux which refer to the real flickering and to their reality transfers via  unconscious thought structures. Her work consists mainly of texts, digital poetry, multimedia  installations and audiovisual performances in collaboration with composers. sandrinedeumier.com

Geriko is a duo of young directors and visual artists Franco-Belgian bringing together Hélène  Jeudy and Antoine Caecke. Passionate about European and Japanese comics, science-fiction  films, contemporary drawings and typography, they feed these fields to the universe they are  building for many years.

In the film Anvil, we are in the Year 2100 when, in an effort to combat overpopulation, the  postmortem social network "Anvil" is released. Right from birth, people receive a robot for their  daily needs – cleaning up, games, education, social and sexual life – until the day it signals the  end of their right to live on Earth. The robot then follows his owner to one of the Anvil facilities,  activating the machine that will end the citizen’s days. During this transition, the body is  destroyed and a part of the robot is recycled as a server/funerary urn. Anvil invites us on a  journey through the eyes of a young woman in her final moments on earth.

The video series Registros is an exploration of faux memories suspended in time, short fragments  of places de-voided of context, narrative and closure. The series contains interventions on video  and analog & digital photography. Registros started in 2013 as an unintentional collaboration  between Miguel and his father, an intervention over two of his father’s 30-year-old 35mm  photographs of Patagonia. A collage between his past and the artist’s present that evolved into a  ongoing exploration over different mediums. 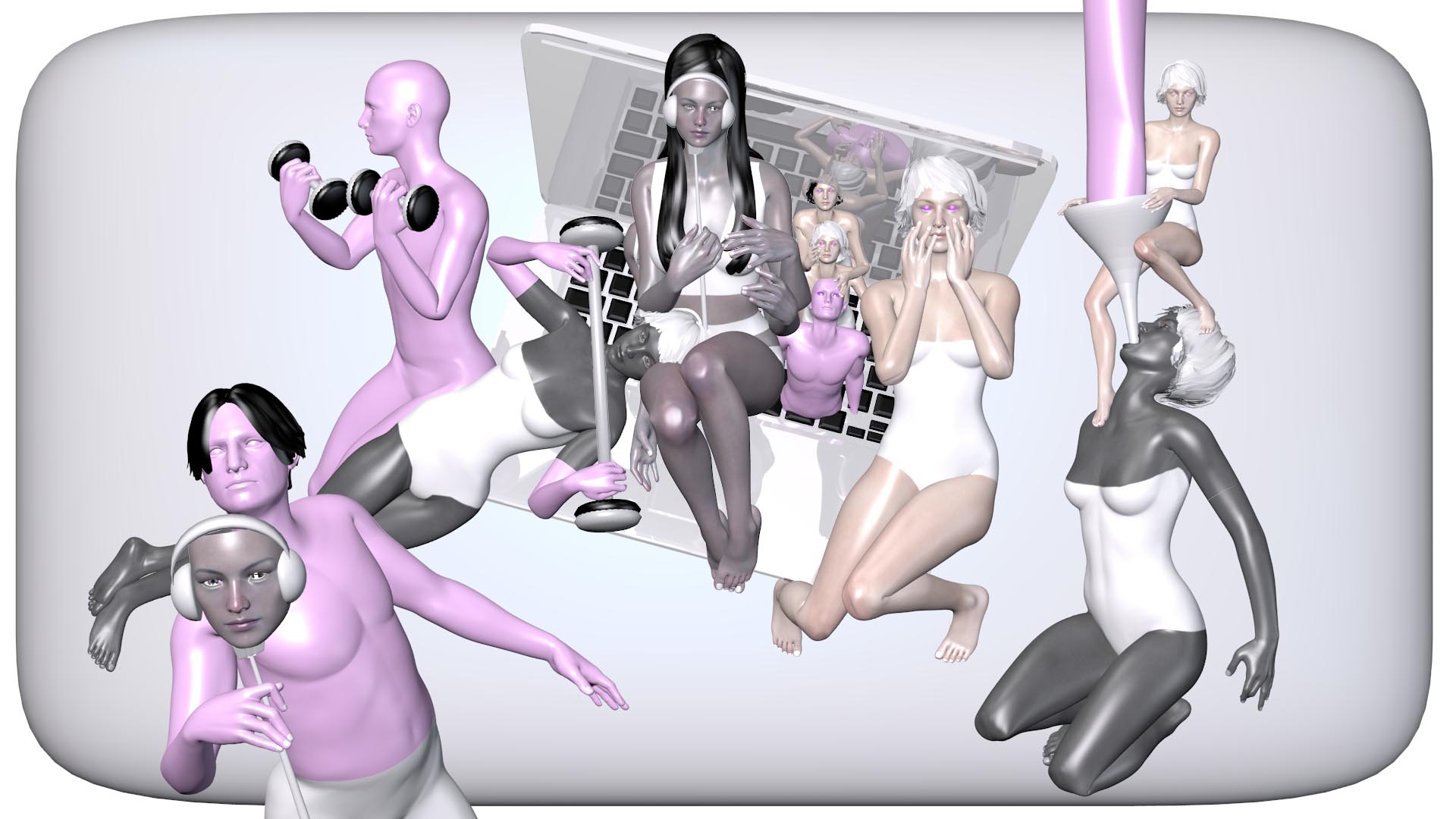 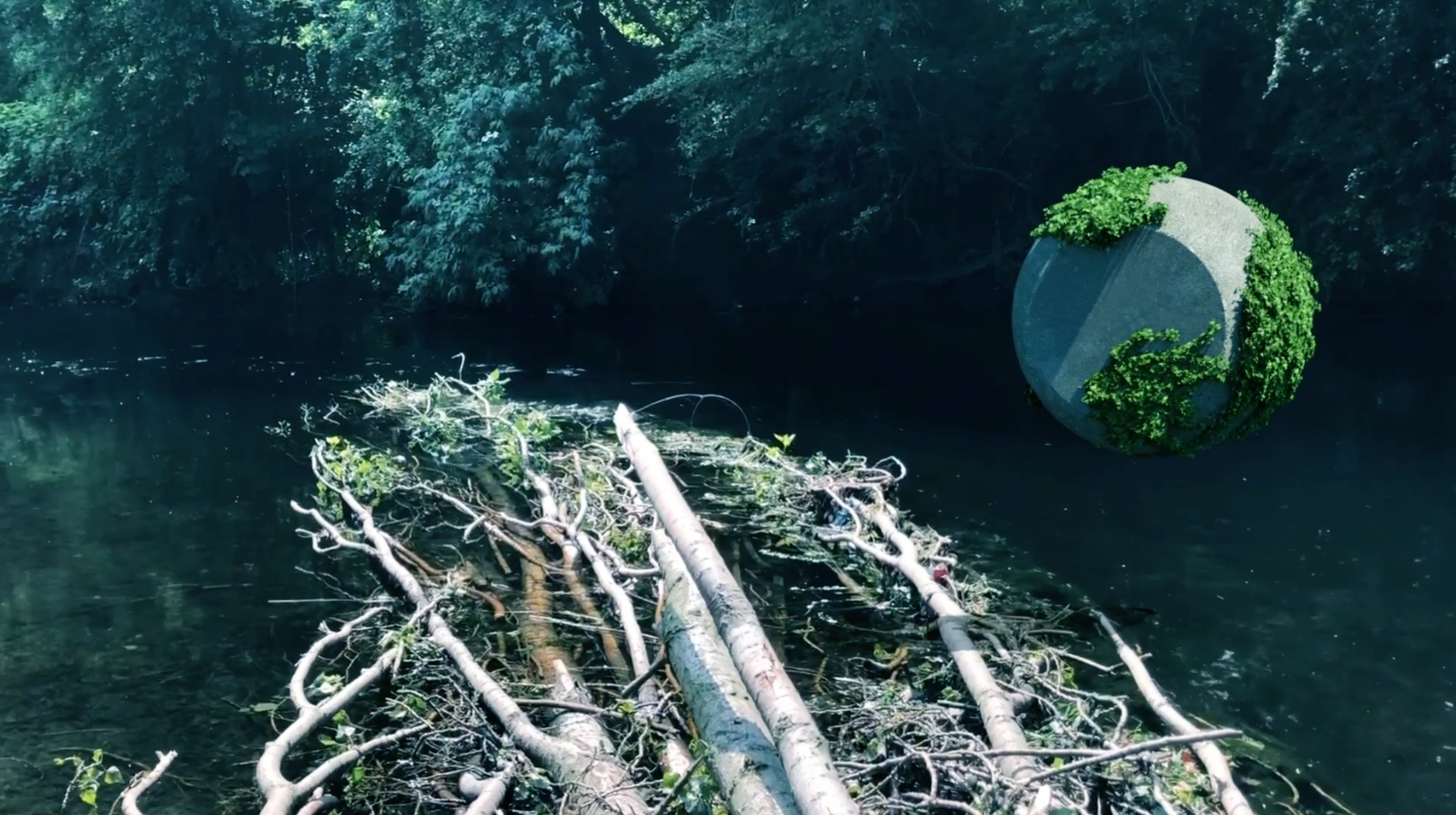 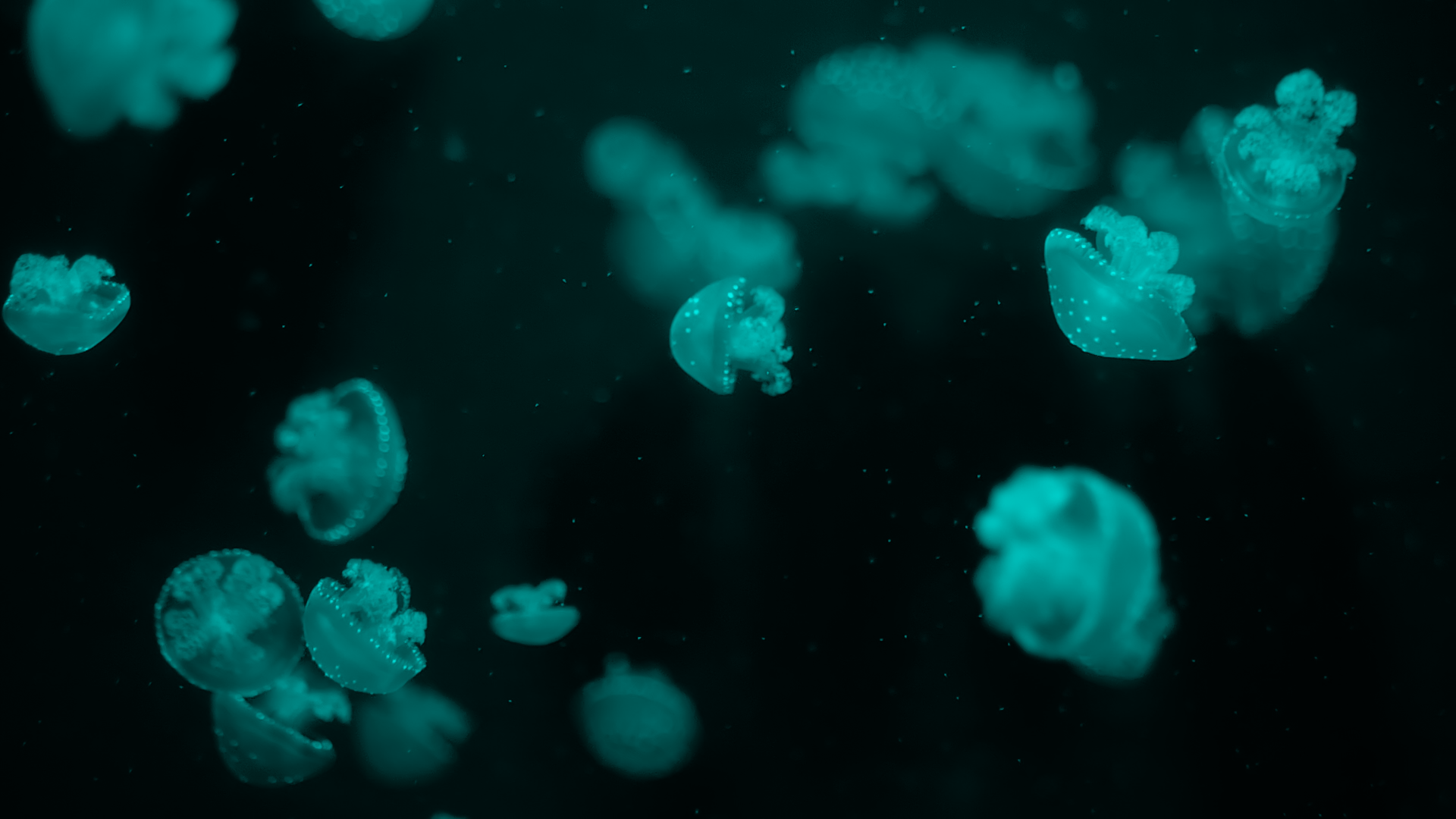 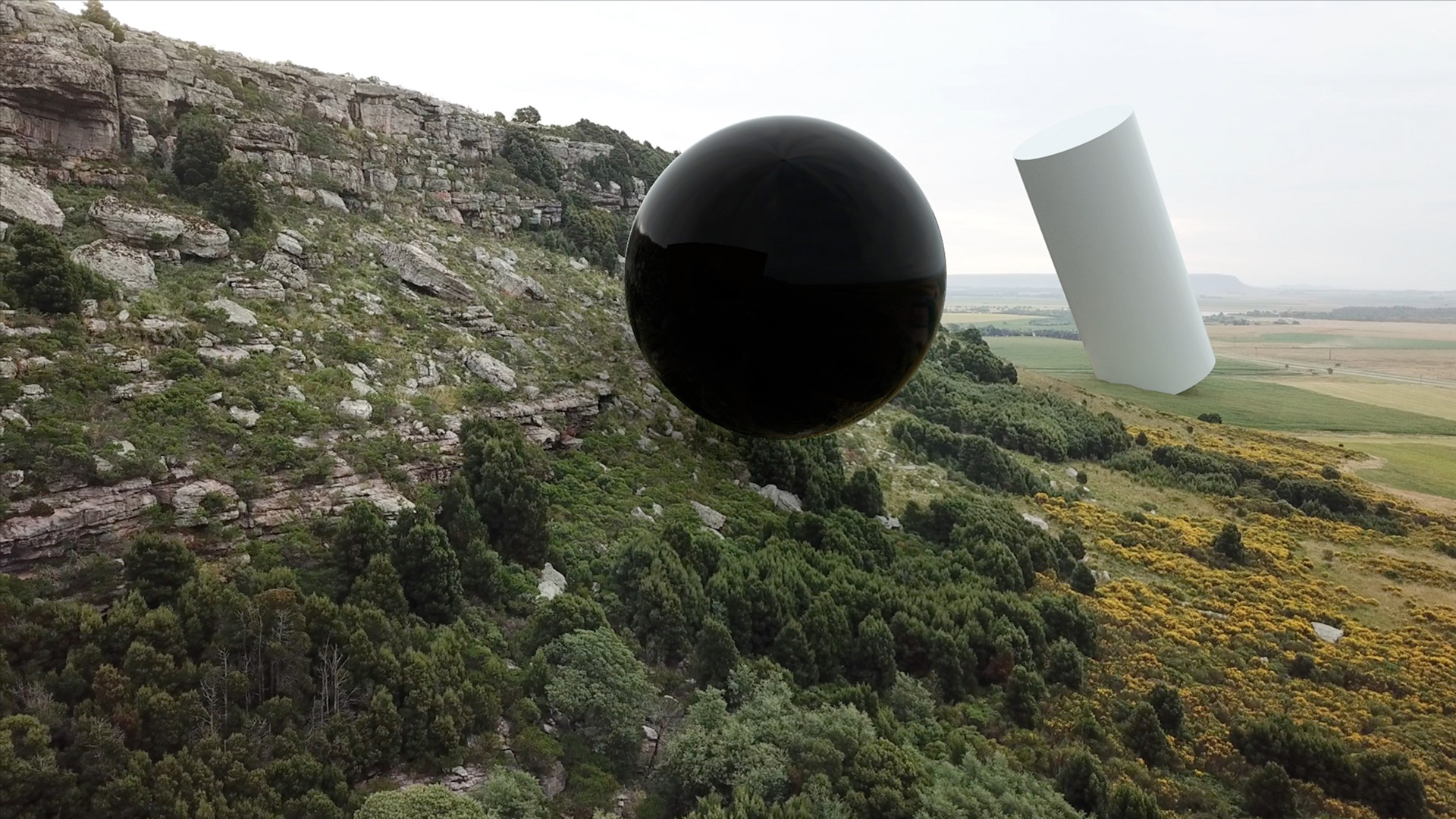